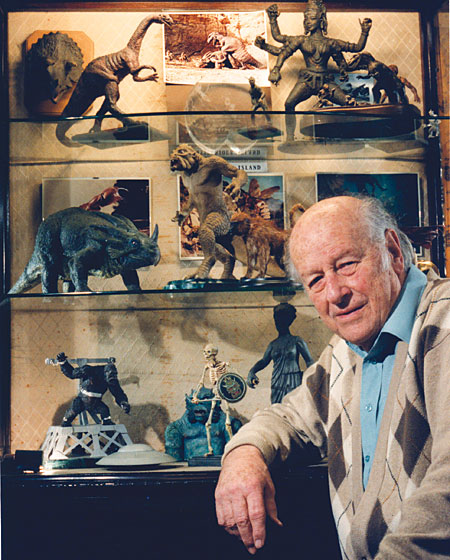 “Ray Harryhausen was pivotal in the development of my imagination. As a kid, I was in awe of his fx work. He introduced me to Greek mythology, to the hero Sinbad, to UFOs, alien beings and other monsters. But most importantly, his work inspired me to read books by Jules Verne (Mysterious Island) and H.G. Welles (First Men in the Moon). I am very fortunate to have a nice Harryhausen collection on DVD, and I will forever revisit these classics over and over again because like the spirit of childhood imagination, they are timeless and precious. Do yourself a favor and relax and escape from reality for a little while with your favorite Harryhausen film. RIP Ray Harryhausen.”